In this guide, you're going to learn how to create infrastructure to host your dockerized application in AWS Fargate using AWS CodePipeline. Then, we're going to learn about how to setup CI/CD pipeline - so that when you push changes to your application - AWS CodePipeline CI/CD process will kick in, builds your image, and push the image to ECR and then,  your fargate tasks will be updated with the latest image that has pushed to ECR.

Below is the high-level architecture diagram for hosting our dockerized application in AWS Fargate.

Let us create this architecture using AWS CDK - an Infrastructure as Code (IaC) tool - developed and maintained by AWS. If you're new to AWS CDK - I strongly suggest you read this guide to understand AWS CDK. No problem, I can wait.

You can execute the below command to create AWS CDK app

CDK app would have created a stack file in lib folder.

Now, we're going to create a VPC resource in this stack.

The above construct will create a VPC with 2 availability zones and one NAT Gateway . In subnet configuration, we're asking CDK to create two types of subnets - public and private. Please note that this will automatically create Internet Gateway  as the public subnet requires it. The private subnet will be attached to NAT Gateway as we've mentioned the subnet type as PRIVATE_WITH_NAT

This construct will create 4 subnets - 2 subnets in each of the availability zones and update the route table to route traffic accordingly.

We can create Application Load Balancer using the below construct. The application load balancer is to be associated with public subnets.

You can use the below construct code to create the Fargate cluster. We're associating this cluster with the VPC that we created earlier.

The ECS agent should be able to pull images from ECR to update your tasks. This permission is represented by execution role . We're going to create this execution role with a predefined managed policy AmazonECSTaskExecutionRolePolicy which would be used by fargate to pull the image or to log to cloudwatch.

We're going to use ecs_patterns.ApplicationLoadBalancedFargateService construct to create Fargate service - as shown below

cluster: This property tells AWS to use the specified cluster in which fargate service has to be created

taskImageOptions :  The properties specified here would be used to create task definition for your fargate tasks.

image: This is the image that would be used to create container in fargate. Please note that we're not using our application image. Instead, we're using amazon/amazon-ecs-sample provided by AWS - This is a simple dockerized PHP application. To create and run fargate service, we need an image. Later, in CI/CD pipeline, we'll be overwriting this image with our custom application image.

containerPort : This is the port exposed by container. As we're going to build a simple web application with HTTP, we're using port 80

executionRole: This is the role required by ECS agent which is used for pulling images from ECR and to log to cloudwatch

cpu: This value represents how much CPU you need for the task. As I'm going to create simple API with couple of endpoints, I've used the value 256 which represents .25 vCPU. You can increase the value as per your computational needs.

memoryLimitMib: This value represents how much memory you need for task. I've used 512.

desiredCount: This is the property which dictates how many tasks that you want to run as part of this service. I want to create 2 tasks just to have redundancy - each task would be created in private subnet of each availability zone. If you're expecting huge usage for your application, you may have to increase this value.

taskSubnets : This property tell AWS ECS fargate to launch in which subnets. For security reasons, we're going to use private subnets of our VPC created earlier.

loadBalancer : Represents the load balancer that would be used in our service.

When you run cdk deploy to deploy the stack, all AWS resources would be created and the URL for application load balancer would be printed in the console. When you access the URL, you'll be able to see following page

Please note that this is just a sample app. In the next step, we're going to deploy our nodejs app.

AWS ECS service requires an image - so we need to create Dockerfile for creating an image out of this nodejs application.

I've made this Dockerfile simple as our focus is on building CI/CD pipeline for our ECS service.

Below is the pictorial representation of our CI/CD Pipeline.

We're using AWS CodeCommit as a source repository, AWS CodeBuild for building the application, and AWS CodeDeploy to deploy to ECS. And, AWS CodePipeline will be orchestrating between these services to build CI/CD Pipeline.

In the below code snippet, we're creating CodeCommitSourceAction  and source artifact and referring to the existing AWS CodeCommit repository.

actionName: This is the name of the action - you can name whatever you want

repository: Reference to the repository in which this action has to be performed. We're referencing the AWS CodeCommit repository that we created earlier

branch: Branch name of the repository. We've mentioned master as we want the pipeline to be triggered when there is a push happens in the master branch

output : Where to store the output of this action. We're using the artifact that we created earlier.

trigger: How AWS CodePipeline knows that we've pushed our changes to the repository? By default, it uses AWS CloudWatch events. You don't need to mention this as this is the default behavior. Another option is to poll and get to know about the changes but that option is not recommended.

The build stage is bit different from other stages as we need to create a Pipeline project. This codebuild pipeline project requires access to ECR as we would be building the image and pushing that image to ECR. So, we're creating a role for the same.

Please note all actions take place in buildspec.yml file. You can mention the path of the buildspec file here in code build project.

And, finally,  CodeBuildAction ties all these components (CodeBuild project, input, output artifact) together. Below is the code snippet for build stage.

The deploy stage is pretty simple. We just need to mention the service and feed the output artifact of the build stage to the input of the deploy stage.

AWS CodePipeline ties all these stages together. Please note that in stages property, the order of stages matters. The pipeline will start from source stage to the build stage and to the final deploy stage.

In the nodejs code repository, we need to add buildspec.yml at the root of your repository and paste the below contents. I'll explain the significance of each section in a bit.

pre_build phase: In the pre_build phase, we're logging into ECR. Please note that we've passed the registry as environment variables

In the artifacts section, the file imagedfinitions.json is mentioned and this file will be used by EcsDeploy action that we've defined in build stage of AWS CodePipeline.

Now, when you push changes to this nodejs app, it will be automatically built and will be deployed to ECS service.

Please let me know if your comments below and if you like guide, please subscribe so that I can update whenever I publish any new guides 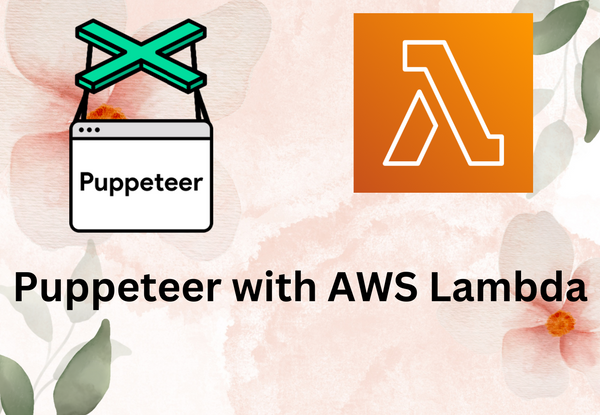